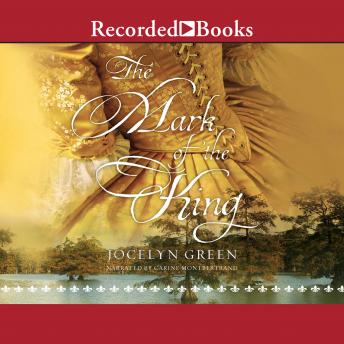 The Mark of the King

After being unjustly imprisoned for the death of her client, midwife Julianne Chevalier trades her life sentence for exile to the French colony of Louisiana in 1720. She marries a fellow convict in order to sail, but when tragedy strikes--and a mystery unfolds--Julianne must find her own way in this dangerous new land while bearing the brand of a criminal. Sweeping Historical Fiction Set at the Edge of the Continent After being imprisoned and branded for the death of her client, twenty-five-year-old midwife Julianne Chevalier trades her life sentence for exile to the fledgling 1720s French colony of Louisiana, where she hopes to be reunited with her brother, serving there as a soldier. To make the journey, though, women must be married, and Julianne is forced to wed a fellow convict. When they arrive in New Orleans, there is no news of Benjamin, Julianne's brother, and searching for answers proves dangerous. What is behind the mystery, and does military officer Marc-Paul Girard know more than he is letting on? With her dreams of a new life shattered, Julianne must find her way in this dangerous, rugged land, despite never being able to escape the king's mark on her shoulder that brands her a criminal beyond redemption.

Excellent, interesting story that I could not quit listening too! The history of The French Louisiana Territory is fascinating yet heart wrenching as you realize what these settlers endured many centuries ago. Joyce Green is now on my favorites list.

This title is due for release on January 15, 2018
We'll send you an email as soon as it is available!