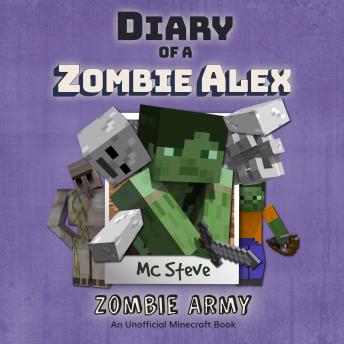 When zombies attack, Alex has to choose between being a human or saving humans as we know them
Alex is a human turned zombie that has been thrown into a world of chaos after waking up in an attack by zombies, which are under the spell of an evil wizard. The series continues with Alex, a courageous young woman and her new partner Steve, a stubborn young man set upon getting revenge on the wizard for ruining his town.
The two companions part ways, only to be reunited in an unexpected way. Alex wants to retreat to her old village, become human again and begin rebuilding. But Steve insists that the wizard needs to be stopped. Although she might not want to, Alex will have to make a serious decision about her life and the lives of those around her. Meanwhile, Alex has a surprise for Steve – she holds the key for them to become human again.
Will Alex join Steve in his quest for justice? Or will she follow her heart and return home? Only time will tell when you read “Zombie Army”
Zombie Army is a refreshing, whimsical story with heart that will have your little one rooting for the heroes with every page they turn. If your child loves Minecraft, this book is for them.
Disclaimer: This book is a work of fanfiction; it is not an official Minecraft book. It is not endorsed, authorized, licensed, sponsored, or supported by Mojang AB, Microsoft Corp. or any other entity owning or controlling rights to the Minecraft name, trademarks or copyrights.

This title is due for release on December 24, 2016
We'll send you an email as soon as it is available!