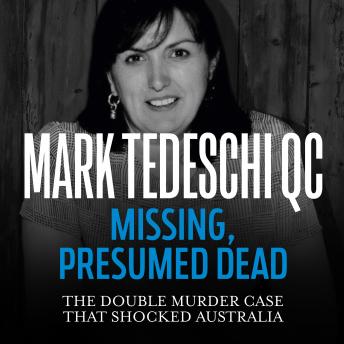 It was the double murder case that gripped Australia, and former Crown Prosecutor Mark Tedeschi QC is finally able to share all the shocking details.

The disappearance without trace of these two women caused massive police investigations and resulted in sensational trials that gripped the nation of Australia. This book explores the intricacies of those investigations and delves into the twisted, tortuous processes of the legal proceedings, while exploring the dark recesses of the mind of Bruce Burrell.

'Gripping writing, from an expert on the inside of some of the state's worst murders and disappearances.' Peter Fitzsimons

This title is due for release on March 29, 2022
We'll send you an email as soon as it is available!