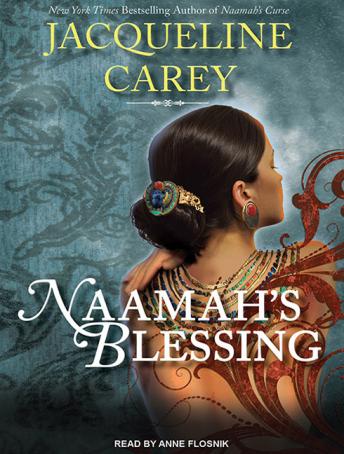 Returning to Terre d'Ange, Moirin finds the royal family broken. Wracked by unrelenting grief at the loss of his wife, Queen Jehanne, King Daniel is unable to rule. Prince Thierry, leading an expedition to explore the deadly jungles of Terra Nova, is halfway across the world. And three-year-old Desiree is a vision of her mother: tempestuous, intelligent, and fiery, but desperately lonely and a vulnerable pawn in a game of shifting political allegiances.

As tensions mount, King Daniel asks that Moirin become Desiree's oath-sworn protector. Navigating the intricate political landscape of the Court proves a difficult challenge, and when dire news arrives from overseas, the spirit of Queen Jehanne visits Moirin in a dream and bids her undertake an impossible quest.

Another specter from the past also haunts Moirin. Travelling with Thierry in the New World is Raphael de Mereliot, her manipulative former lover. Years ago, Raphael forced her to help him summon fallen angels in the hopes of acquiring mystical gifts and knowledge. It was a disastrous effort that nearly killed them, and Moirin must finally bear the costs of those bitter mistakes.

I have the paperback of this series, and it's a really good book. It's a shame as the narrator is bad. I didn't even last 5 minutes. You have to strain hard to understand her.

This title is due for release on June 30, 2011
We'll send you an email as soon as it is available!