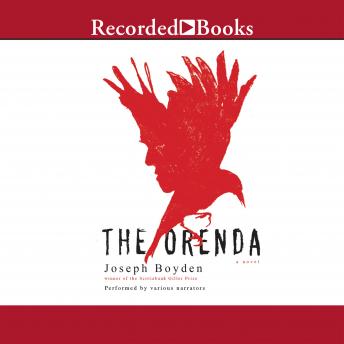 History reveals itself when, in the seventeenth century, a Jesuit missionary ventures into the Canadian wilderness in search of converts-the defining moment of first contact between radically different worlds. What unfolds over the next several years is truly epic, constantly illuminating and surprising, sometimes comic, always entrancing and ultimately all too human in its tragic grandeur. Christophe has been in the New World only a year when his native guides abandon him to flee their Iroquois pursuers. A Huron warrior and elder named Bird soon takes him prisoner, along with a young Iroquois girl, Snow Falls, whose family he has just killed, and holds them captive in his massive village. Champlain's Iron People have only recently begun trading with the Huron, who mistrust them as well as this Crow who has now trespassed onto their land; and her people, of course, have become the Huron's greatest enemy. Putting both to death would resolve the issue, but Bird sees Christophe as a potential envoy to those in New France, and Snow Falls as a replacement for his two daughters who were murdered by the Iroquois. The relationships between these three are reshaped again and again as life comes at them relentlessly: a dangerous trading mission, friendly exchanges with allied tribes, shocking victories and defeats in battle, and sicknesses the likes of which no one has ever witnessed. The Orenda traces a story of blood and hope, suspicion and trust, hatred and love, that comes to a head when Jesuit and Huron join together against the stupendous wrath of the Iroquois, when everything that any of them has ever known or believed faces nothing less than annihilation. A saga nearly four hundred years old, it is also timeless and eternal.

This book was fantastic!! It was such good company. Listening to the stories made me angry, made me cry, made me hopeful and parts even made me laugh. Although it is historical fiction, it was very insightful as to how the colonization and assimilation of the Indigenous people may have started. I miss Fox, Bird and SnowFalls already ❤

I really enjoyed this book. well written, and the different voices were well balanced. the ending was surprising and fitting.

Such a good book, chose this as a VIP and was not disappointed. story & narration were great.

This title is due for release on May 13, 2014
We'll send you an email as soon as it is available!