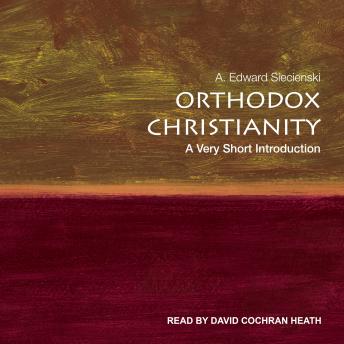 To many in the West, Orthodoxy remains shrouded in mystery, an exotic and foreign religion that survived in the East following the Great Schism of 1054 that split the Christian world into two camps-Catholic and Orthodox. However, as the second largest Christian denomination, Orthodox Christianity is anything but foreign to the nearly 300 million worshipers who practice it. For them, Orthodoxy is a living, breathing reality; a way of being Christian ultimately rooted in the person of Jesus and the experience of the early Church.

Whether they are Greek, Russian, or American, Orthodox Christians are united by a common tradition and faith that binds them together despite differences in culture. True, the road has not always been smooth-Orthodox history is littered with tales of schisms and divisions, of persecutions and martyrdom, from the Sack of Constantinople, capital of the Byzantine Empire and seat of the Ecumenical Patriarch, to the experience of the Russian Orthodox Church under the Soviet Union. Still, today Orthodoxy remains a vibrant part of the religious landscape, not only in those lands where it has made its historic home (Greece, Russia, the Middle East, and Eastern Europe), but also increasingly in the West.

Fascinating. In a relatively short period of time, I learned a lot about Eastern Orthodoxy, what it is and what it isn’t, what I agree with and what I don’t, and what gives me pause to consider. One of my sons and his wife have converted to the Russian Orthodox Church and now I have a better understanding of what they believe and practice.

This title is due for release on April 14, 2020
We'll send you an email as soon as it is available!