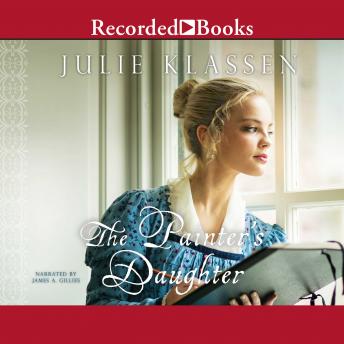 Sophie Dupont, daughter of a portrait painter, assists her father in his studio, keeping her own artwork out of sight. She often walks the cliffside path along the north Devon coast, popular with artists and poets. It's where she met the handsome Wesley Overtree, the first man to tell her she's beautiful. Captain Stephen Overtree is accustomed to taking on his brother's neglected duties. Home on leave, he's sent to find Wesley. Knowing his brother rented a cottage from a fellow painter, he travels to Devonshire and meets Miss Dupont, the painter's daughter. He's startled to recognize her from a miniature portrait he carries with him-one of Wesley's discarded works. But his happiness plummets when he realizes Wesley has left her with child and sailed away to Italy in search of a new muse. Wanting to do something worthwhile with his life, Stephen proposes to Sophie. He does not offer love, or even a future together, but he can save her from scandal. If he dies in battle, as he believes he will, she'll be a respectable widow with the protection of his family. Desperate for a way to escape her predicament, Sophie agrees to marry a stranger and travel to his family's estate. But at Overtree Hall, her problems are just beginning. Will she regret marrying Captain Overtree when a repentant Wesley returns? Or will she find herself torn between the father of her child and her growing affection for the husband she barely knows?

Thoroughtly enjoyed. Kept me engaged. A good read. Was skeptical of a male narrator but he did a wonderful job with all characters!!

Finding Julie Klassen has been a dream. British history, romance and drama, through a Christian lens is perfection! Loved The Painter’s Daughter!

Such a good read! Great character development and the narrator was phenomenal. I was in tears both happy and sad with the ups and downs of Sophie.

I really enjoyed this “read”. Very good twist on a romantic plot, kept me guessing. Interesting excerpts on fighting in the napoleon war. Narrator did an excellent job with both mail and female voices. Highly recommend!

This was an amazing story of complicated love and hate in the setting of the historic Revolutionary War. The depth of character development of each individual in this story is fascinating. Highly recommended. E. Longmire

Beautiful tale of redemption and love. Quite a nailbiter at times, loved it, wish I could read about these characters again!

This title is due for release on December 1, 2015
We'll send you an email as soon as it is available!