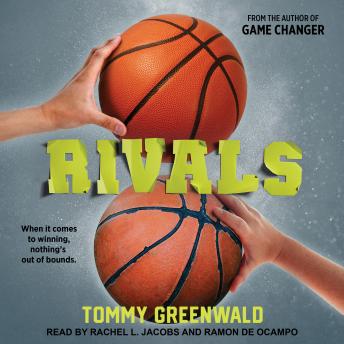 From the author of the award-winning Game Changer comes a new novel about two student-athletes searching for stardom, a young reporter searching for the truth, and a crosstown basketball rivalry that goes too far.

The people of Walthorne love their basketball-and one of the things they love most is the special rivalry between the Walthorne North Middle School Cougars and the Walthorne South Middle School Panthers. As the season begins, two star players are feeling the heat: Austin Chambers, captain of Walthorne North, worries that he's not good enough to live up to his father's legacy, while across town, the brilliantly talented Carter Haswell, captain of Walthorne South, is already under pressure to get a scholarship that might ease his family's financial stress.

While both boys do whatever they can to make sure their team wins, Alfie Jenks, a school sports reporter, discovers that behind-the-scenes scandals are just as much a part of youth sports as on-the-court action. When she blows the story wide open, the whole season is jeopardized.

This title is due for release on March 23, 2021
We'll send you an email as soon as it is available!