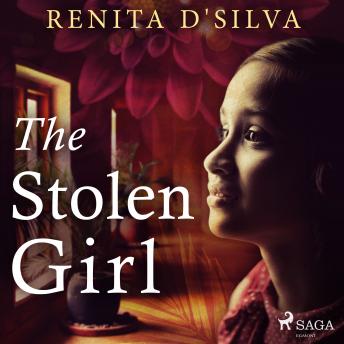 ‘Your mother has been arrested. She stole you.’

For as long as thirteen-year-old Diya can remember, it’s always been just her and her mum, Vani. Despite never staying in one place long enough to call it home, with her mother by her side, Diya has never needed anything else.

Then, in an instant, Diya’s fragile world is shattered. Her mother is arrested, accused of abducting Diya when she was a baby...

Vani has spent a lifetime looking over her shoulder, determined to make the best possible life for her daughter. Now she must fight for her child, re-opening the door to her own childhood in India and the woman who was once as close to her as a sister.

Told through the eyes of Diya, Vani and Aarti, this is a heartbreaking story of friendship and betrayal, love and motherhood, which asks the question; how far would you go to protect your only child?

The Stolen Girl is an emotional, culturally rich and utterly compelling read from the new must-read name in women's fiction—Renita D'Silva. Perfect for fans of Sharron Maas, Clare Flynn and Catherine Hokin.

What people are saying about Renita D’Silva:

‘With a heart-breaking story, wonderful characters and such raw emotion D’Silva had me hooked. A beautiful story. Best Books to Read

‘Renita D'Silva is a genius at evoking the sounds, sights and aromas of India. A major new talent- I can't wait for her next novel.' Linda Kavanagh

‘Renita D’Silva is a wonderful author who has a natural gift at storytelling that truly impressed and awed me.’ Novel Escapes

‘Renita paints the most beautiful images with a few, perfectly chosen words’. KimTalksBooks.com

‘The Stolen Girl’ is a heart-breaking story about friendship, betrayal, possessiveness, love and motherhood.’ 5/5 A Lover of Books

Over 22,000 copies sold
-
Renita grew up in a picturesque coastal village in the South of India, the oldest of three children. Her father got her first story books when she was six and she fell in love with the world of stories. Even now she prefers that world, by far, to this.

This title is due for release on March 1, 2022
We'll send you an email as soon as it is available!