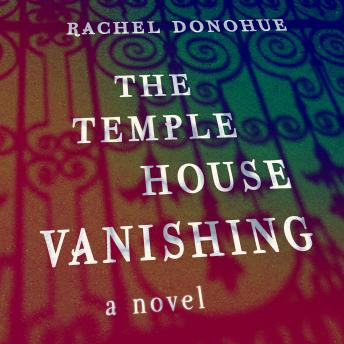 The New York Times Best Thrillers of 2021
"Steamily atmospheric . . . A twisted Gothic tale, emotional in its language and febrile in its atmosphere, and it will appeal to readers who love to hear about obsession, repression . . . and poetic justice.”
—The New York Times Book Review

Louisa is the new scholarship student at Temple House, a drafty, imposing cliffside boarding school full of girls as chilly as the mansion itself. There is one other outsider, an intense and compelling student provocateur named Victoria, and the two girls form a fierce bond. But their friendship is soon unsettled by a young art teacher, Mr. Lavelle, whose charismatic presence ignites tension and obsession in the cloistered world of the school.

Then one day, Louisa and Mr. Lavelle vanish without a trace, never to be found. Now, on the twenty-fifth anniversary of the disappearance, one journalist—a woman who grew up on the same street as Louisa—delves into the past, determined to uncover the truth. She finds stories of jealousy and revenge, power and class. But might she find Louisa and Mr. Lavelle, too?

Told in alternating points of view, The Temple House Vanishing is tense, atmospheric, and page-turning . . . with a shocking, ingenious conclusion.

This title is due for release on July 6, 2021
We'll send you an email as soon as it is available!