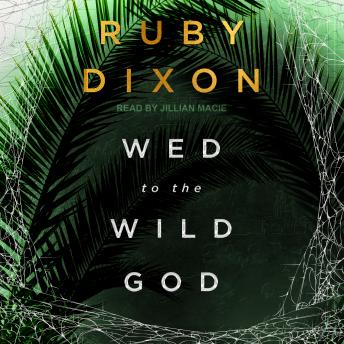 Wed To The Wild God

#3 of Aspect and Anchor

When I find a gorgeous stranger in an alley, covered in blood, you'd think the logical thing would be to go to the authorities.

Not me. I take him home.

I've got my reasons, though. See, Kassam is cursed with hedonism. He's a god from another world, accidentally stuck in ours. Anyone (and everyone) around him falls under his spell. It's impossible to resist. Like scratching an itch. And being around Kassam? Boy, do I itch.

But trying to send the god home to his world is a near-impossible task. Between everyone we meet trying to kiss him and the gods of this world trying to get rid of him, I'm in over my head. There's only one solution that will keep me safe-marry him. Being the wife of a god will protect me from immortal machinations.

Now, I just need to figure out a way to protect my heart from Kassam himself.

This title is due for release on July 19, 2022
We'll send you an email as soon as it is available!