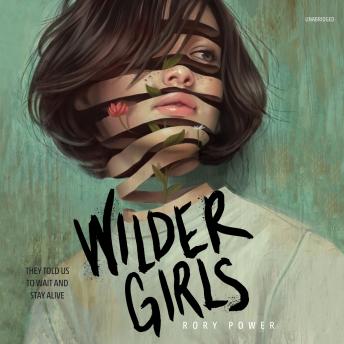 A feminist Lord of the Flies about three best friends living in quarantine at their island boarding school and the lengths they go to uncover the truth of their confinement when one disappears, this fresh new debut is a mind-bending novel unlike anything you’ve read before.

It’s been eighteen months since the Raxter School for Girls was put under quarantine, since the Tox hit and pulled Hetty’s life out from under her.

It started slow. First the teachers died, one by one. Then it began to infect the students, turning their bodies strange and foreign. Now, cut off from the rest of the world and left to fend for themselves on their island home, the girls don’t dare wander outside the school’s fence, where the Tox has made the woods wild and dangerous. They wait for the cure they were promised as the Tox seeps into everything.

But when Byatt goes missing, Hetty will do anything to find her, even if it means breaking quarantine and braving the horrors that lie beyond the fence. And when she does, Hetty learns that there’s more to their story, to their life at Raxter, than she could have ever thought true.

It should have been a red flag when, with only about a chapter left, I was excitedly wondering what clever method the author was going to use to tie up all those ends. Spoiler alert: the answer is "none". I felt like I had been tricked (it's a series and I had no idea!). Turns out it's not a series and I'm not sure that isn't worse. Go into this book prepared to enjoy the ride but expect no closure. And don't bother staying up late to finish like I did. Sometimes it's good to write a book that forces the reader to come to their own conclusions but in this case, it felt like the author wasn't trying to challenge the reader so much as they just had no idea how to finish the book.

the plot is what drew me in- however the writing style was challenging to say the least (if I'm being honest, the sole reason I downloaded this app) as much as I enjoyed the book, despite it's difficulty to "read" occasionally. the ending was a let down, that's all I'll say. narrators were AMAZING and I think the main reason I was able to make it through.

I loved this book. I enjoyed the different narrators. It gave the characters more depth.

This title is due for release on July 9, 2019
We'll send you an email as soon as it is available!